Tomas Signed this jersey at the Panthers Ice Den in Coral Springs, Florida on 06/04/14. He was sitting on the bench outside waiting for his daughters to finish their figure skating class. His wife took this picture of us. 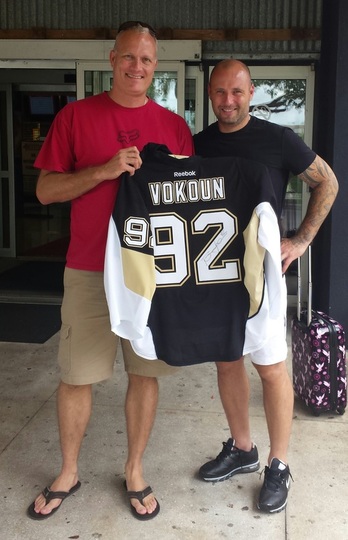 Jayson signed this game-issued jersey at the last pre-season practice he attended at the Saveology Ice Plex in Coral Springs, Florida on 08/30/13. This jersey was created in case Jayson was called up to play for the Pittsburgh Penguins during the 2013 season. 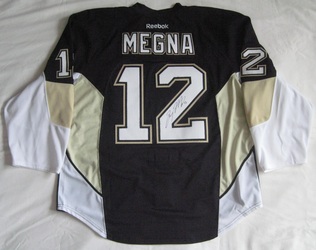 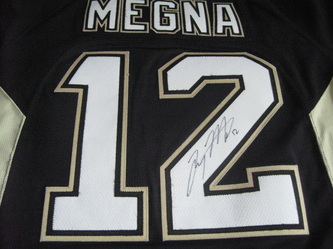 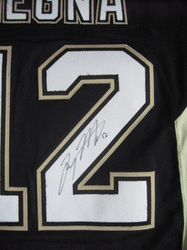 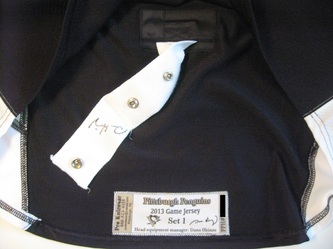 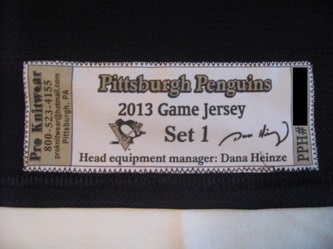 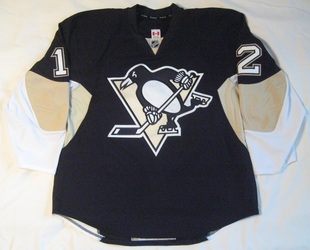 This Letang premier jersey was signed by Kris on 02-26-13 after
the Pens/Panthers game outside the locker room area at the BB&T
Center. 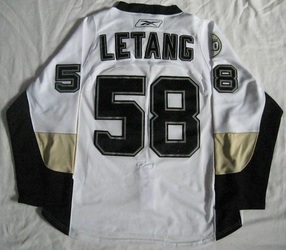 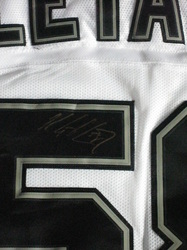 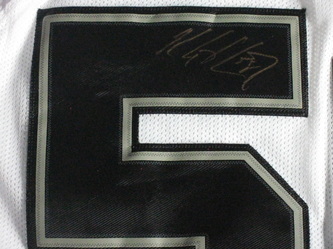 This replica Penguins jersey was signed after a Pittburgh Penguins/Florida Panthers game at the Miami Arena in 1993 down near the locker room as the Penguins left and went to the bus. The signatures are: (Center of Crest) #66 Mario Lemieux - Captain, (L to R) #28 Kjell Samuelsson, #29 Marcus Naslund, #25 Kevin Stevens, #10 Ron Francis, #5 Ulf Samuelsson, #6 Mike Ramsey. The Pittsburgh Penguins ended up being the NE Division Champions this year. 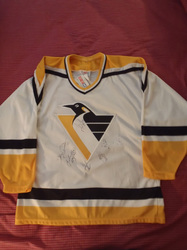 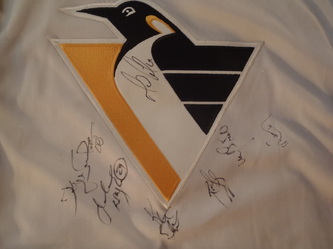 This Penguns replica jersey jersey was signed during my very first trip to Pittsburgh and game at the Mellon Arena (2008 stanley Cup Finals Game 4 vs. Detroit Red Wings). The signatures were obtained outside the players parking lot as the arrived and departed for the morning skate. The Stanley Cup Finals Patch was obtained at the Pens tore in the Mellon Arena and applied to the jersey by them as well. Signatures on the jersey include all the following: GM-Shero, Asst. Coach-Yeo, Goalie Coach-Meloche, Captain - #87 Crosby, #71 -Malkin, #11-Staal, #3-Eaton, #9 Dupuis, #48-Kennedy, #12 Malone, #10-Roberts, #38-Taffe, #25-Talbot, #2-Gill, #55-Gonchar, #58-Letang, #44-Orpik, #4-Scuderi, #5-Sydor, #19-Whitney, #29-Fleury, #35-Conklin, #37-Ruutu 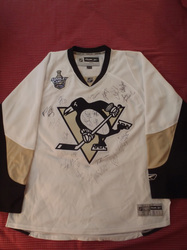 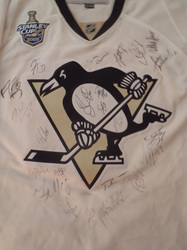 This Penguins jersey was signed in the runway frmo the locker room to the bus after two seperate Pengiuns games during the 2009-10 season at the Bank Atlantic Center in Sunrise, Florida. Several other signatures were obtained outside the team hotel in Tampa, Florida after the morning skate for the 2010-11 Stanley Cup Playoffs Round 1 games 3 & 4 vs. Tampa Bay Lightning.
Signatures include: GM - Ray Shero, Coach - Dan Bylsma, #24 Matt Cooke, #25 Max Talbot, #27 Craig Adams, #55 Sergei Gonchar, #74 Jay McKee, #45 Aaron Asham, #5 Deryk Engelland, Announcer Mike Lange, 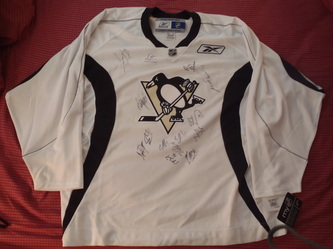 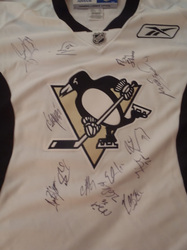 This jersey was signed by #25 Maxime Talbot outside the team hotel in Tampa, Florida on 04/20/11 as the players departed on the bus to go to the arena to play Round 1 Game 4 of the 2011 Stanley cup Playoffs. 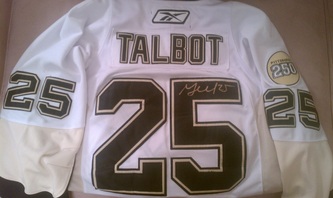 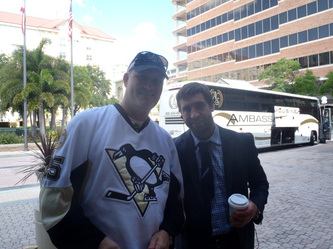